I had the pleasure of going out to Mooroolbark a few days ago to visit grades 3, 4, 5 and 6 students at St Peter Julia Eymard Primary School to talk all things authorly, pass on some writing tips and debate who is the best football team (North Melbourne, of course).

The kids wrote some super short stories together and illustrated book covers to go with them too. They were an energetic bunch and we came up with a couple of pretty compelling tales. Here they are for your enjoyment. 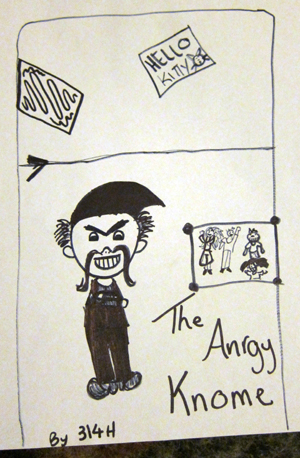 THE LONELIEST GNOME EVER

There once lived an angry garden gnome lonely inside. The gnome looked outside and saw all the other, colourful happy gnomes. He was angry that he couldn’t be like them. So he started wearing black overalls and a black T-shirt and a black top hat which unimpressed his owners so they put him outside and his clothes turned colourful and his moustache turned orange. 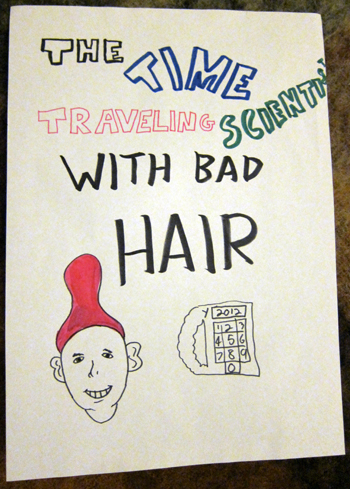 Fred was a scientist. He was very smart but had lava lamp hair. He built a time machine in his backyard and went back in time to his most recent haircut. Turns out, it was himself cutting his own hair. He ends up giving himself a concussion with the lava lamp that inspired his haircut.