I don’t want to get on my high horse – for horses are hard enough to ride without being metaphorical as well – but there’s a new Australian film out called Charlie and Boots that stars Shane Jacobson and Paul Hogan and I was never even consulted! 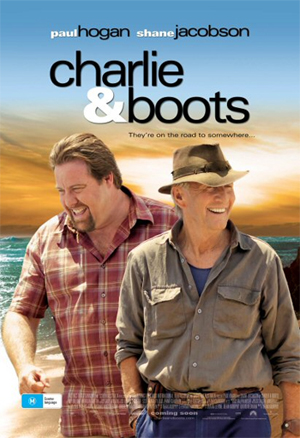 No doubt the producers of the film saw my book when it was released two months ago and quickly changed the characters names and title of their little film after realising the hookyness of ‘Charlie and the Boots’. Never mind the fact that the film would have been in production for years.

And they no doubt thought they could entangle themselves from potential legal action by putting a ‘the’ in there. Well, they may have. But what’s more powerful? The Australian legal system or my blog. That’s right, film producers. Be afraid. Be very afraid.

PS. The similarities between the film and book characters’ names may have simply been due to some Jungian-style collective unconscious creativity a couple of years back. We may never know. Not consciously anyway.

charlie and boots, the greatest blogger in the world