Stories by the students of Karoo Primary School

I was pretty tired after Book Week last and so apologies to the grade five and six students of Karoo Primary School for not getting their stories up sooner.

Karoo Primary out in Rowville was my last Book Week stop and, as had been the case at all the schools I visited, the stories that came out of our writing/blogging workshopping sessions were fantastic.

All week I was running sessions that emphasised creating stories that had surprising characters, plots and endings. The Boring is not the friend of the Book. And so here are the final three stories that came out of Book Week – which is a sad thing because now I have to go back to trying to write stories on my own.

There was a man once called Duza, who sat on his couch 24/7 and he ate lots of potato chips as he watched TV and played videogames and knitted. He started growing potatoes in the couch and he got infected by one of the potatoes and he literally into a couch potato. 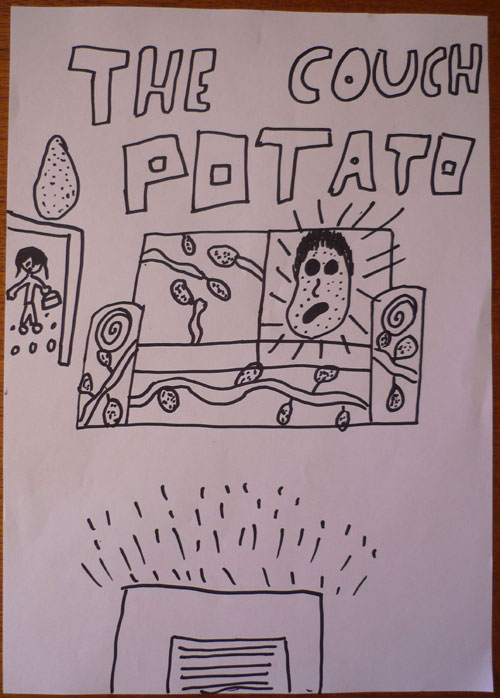 In a Mexican Restaurant is el super hero Taco. He sees his friend Cornelius Taco who is sleeping and a model picks Cornelius up and puts him in her mouth. He (El Taco) makes a rope out of his cheese, swings down, sprays salsa in the model’s eyes and she screams and drops Cornelius who is a soft taco who doesn’t get hurt 🙂 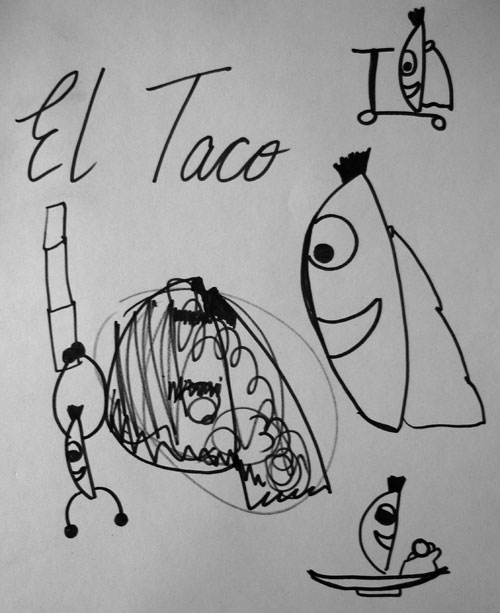 There was an old man called Bob who had a turtle shell on his back. The shell was used as a backpack. In it was a walking stick and his favourite hanky. One day he came across a bunch of kids who stole his anti-snoring cream. He wanted to get revenge so he put them straight into his turtle shell backpack. 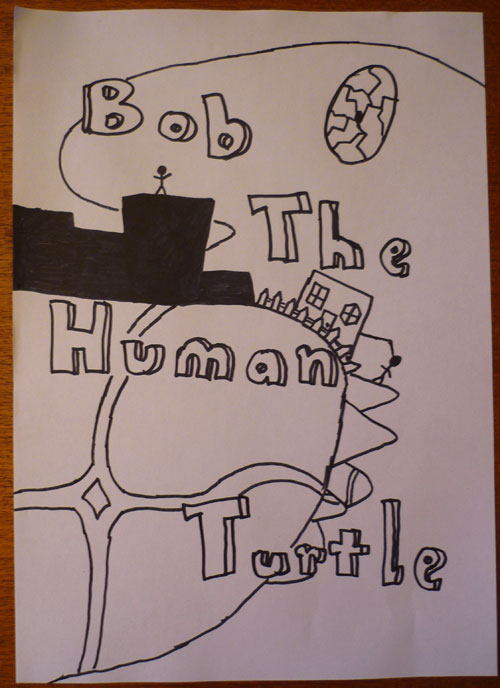 (By the way, the artwork for Bob the Human Turtle is kind of abstract. But I invite you to turn your head on an angle and see if you can see the turtle and the backpack in there – AM)