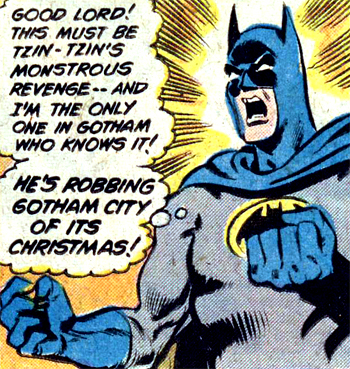 From Batman #285: The Mystery of Christmas Lost.

Every year as Christmas gets closer I start seeing the Dark Knight everywhere; as if I’m wearing contact lenses with the bat signal printed on. Obviously this is founded on a childhood of Christmases that all featured Batman in some way or another – from playing with Batman action figures received from Santa to drawing pictures of Batman with Derwents received from Santa. But Batman and Christmas have a much deeper connection than just my own (probably common) Batmanania under the Christmas tree. Christmas, as it turns out, is a big part of the Batmanverse and the comicsverse too. 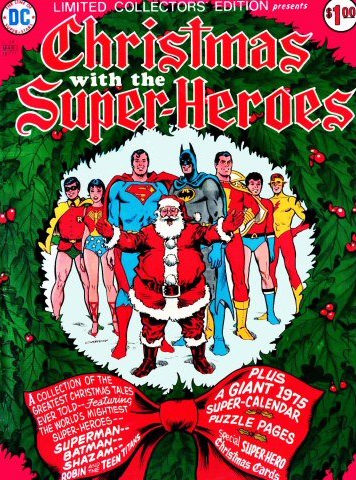 Both Marvel and D.C.  have a long history of putting out Christmas comics. Superman was at the North Pole saving Santa from Nazis back in the 1940s. D.C. has put out various Christmas With the Super-Heroes collections over the years. (That’s the cover of a 1974 edition above). And here’s twelve of the best D.C. holiday comics according to Comics Alliance. 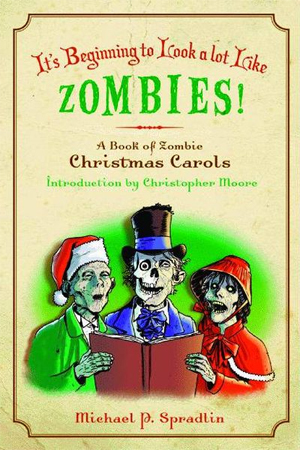 Speaking of Christmas comics my favourite one of late is It’s Beginning to Look a Lot Like Zombies – an illustrated collection of Christmas carols told from a zombie’s point of view. It’s the latest in the trend of mixing zombies with well-known cultural cornerstones. But that’s a distraction from our Caped Christmasader conversation.

It’s not only the Batman comics that are inextricably linked to the festive season. The second Tim Burton Batman movie, Batman Returns, is set in Gotham City during Christmas. And one of my favourite episodes of Batman: The Animated Series was ‘Christmas With The Joker’. I recommend watching the whole episode below.

For me Christmas continues to the Bat time of the year. I already know that this year there will be Batman presents, chatter about Heath Ledger during Christmas lunch and quite possibly The Batman Board Game will get a play in the evening. 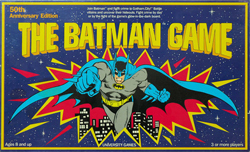 I suppose any popular cultural icon that has lasted for so many years is bound to make a big appearance during the gift-giving season. And when you walk through shopping centres and see little children decked out in full Batman costumes, holding Mummy’s hand as she does her last-minute Christmas shopping, it’s evident that Batman is going to be a yuletide fixture for many years to come.