Firstly I should mention that, yes, I do suck for not seeing out Blog Every Day April (BEDA). I blogged right up until April 28 and then I could blog no more. Like a marathon runner who gets to the finish line ribbon, looks at it for a while and then sits down for a rest.

But let’s move on.

I started my moving on this weekend when I stayed a friend’s house on the Mornington Peninsula with a few writing buddies. It sounds like we were at the beach but I believe the place we actually stayed is called the inlandy-bit-of-the-peninish: a nice big paddocky property that included a collective noun of hay bales (It’s a truss of hay but I’m not sure what it is for hay bales). 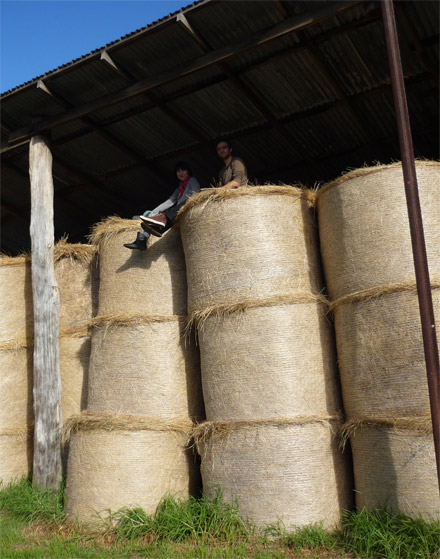 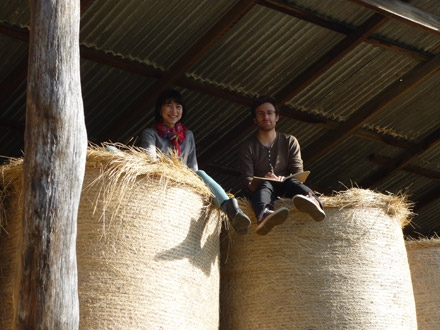 That’s me and Housemate #1 workshopping some ideas on said trusses of hay. I really wanted to sleep up there too but was put off my the sounds of tiny mice playing within the trusses.