This is an article I wrote for the Readings blog last week. They’ve kindly allowed me to cross-post it here. Thanks Readings!

A friend asked me recently why I’d written a novel about death for children. They asked with eyebrows raised, as if to suggest that the topic of death was surely not an appropriate subject matter for young readers.

Son of Death came about because I thought it would be fun to throw a rock’n’roll-obsessed 14-year-old into the middle of a secret world of grim-reaping. It was a great opportunity to play around with grim reaper mythology and tell a funny adventure story where the stakes were inherently high (literally every scene in the book is a matter of life and death). 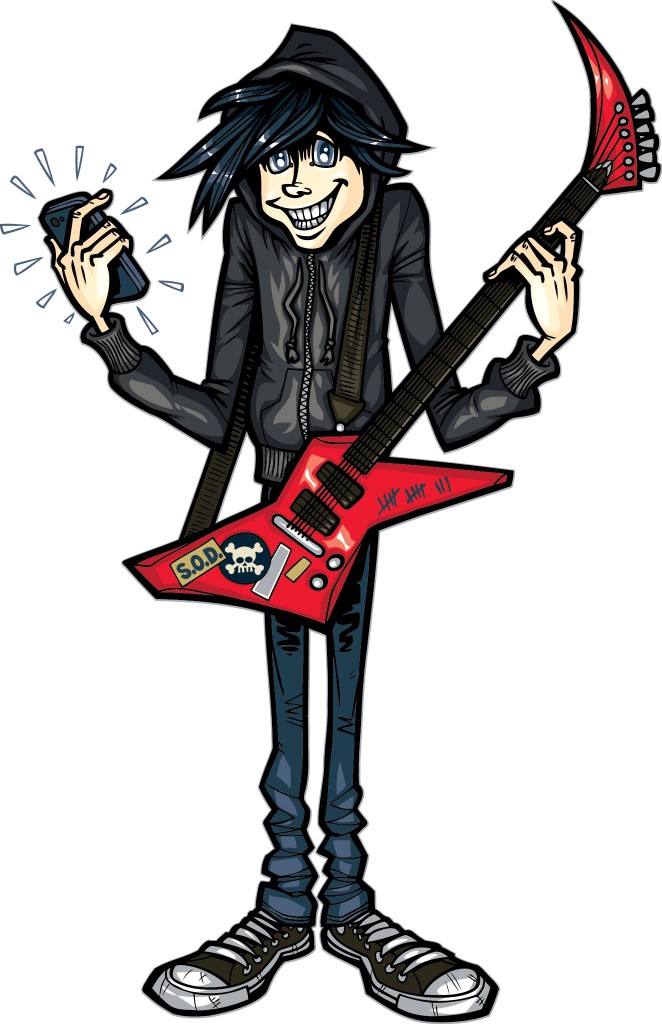 I was also interested in writing about death for young readers in an honest and forthright way. We see death, violence and body counts in popular culture all the time. Despite that we live in a culture that avoids looking at death face-on. No one goes around thinking Memento Mori (Latin for ‘remember you have to die’) to themselves anymore. YOLO maybe. But mortality is not to be dwelled upon. We stave off the physical effects of ageing for as long as possible and when we die it usually happens in a sterile hospital room. Caitlin Doughty, a Californian mortician, wrote a great memoir last year called Smoke Gets In Your Eyes: And Other Lessons from the Crematory which investigates the death denial of Western culture and how we obscure the physical fact of death.

As it turns out the physicality of death is a great way to explore these issues in a Did You Know?/gross-out way for kids and teenagers. Sod – the young protagonist of Son of Death – witnesses the feet of a dead person turning purple with pooling blood. He notices a corpse setting like plaster with rigor mortis. He sees bodies being drained of blood and pumped full of chemicals instead. Sod, for his part, wants nothing to do with death. He’d much prefer to write songs and play in his high school rock band, because death scares him and makes him vulnerable. But over the course of the story he comes to see it for what it is – a sometimes tragic, but always necessary part of human existence.

Yet all of this death talk is nothing compared to the dark stuff kids themselves come up with. Whenever I visit a school – primary or secondary – to conduct writing workshops with the students, the suite of stories they write invariably features guns, bombs, stabbings, fist-fights, decapitations, drones, chemical warfare, blood, guts and more blood. Seriously, there’s always a lot of blood. On some level, be it conscious or subconscious, death is already lodged in these kids’ minds.

I was taking a scary story workshop at a secondary school a while ago when we got into an inevitable conversation about fears. And what did these students fear? Death – check. Spiders – check. But most of all they feared Slenderman.

Slenderman is a crowd-sourced horror for the 21st Century. One part Pied Piper and one part grim reaper, he was born online in 2009 and soon went viral. If you want to know more, ask any ten-year-old about him. You’re sure to receive a comprehensive account of the internet ghoul.

Back when I was young Slenderman didn’t exist, but the Darwin Awards did. I remember my friends and I trading stories of the ‘awards’ that celebrate people who ‘eliminate themselves in an extraordinarily idiotic manner, thereby improving our species’ chances of long-term survival.’ The stories were hilarious. There was the terrorist who sent a bomb in the mail but didn’t put enough stamps on the package and blew himself up when opening his returned mail. Then there was the guy who accidentally picked up his gun instead of his phone when it rang in the middle of the night and shot himself in the head. Not to mention the man who jumped off the top of a building but was instead killed by a stray bullet that came flying out of a ninth floor window. It didn’t matter that the Darwin Awards stories weren’t always true. For weeks and weeks the Darwin fables were a source of great entertainment for us. Around the same time I remember coming home from school one day and being shocked to discover my pet rabbit dead in its cage. I bawled violently and inconsolably with grief. Death was suddenly the unfunniest thing in the world.

Children’s literature should reflect the things that children deal with. And death, in all its different forms, is an undeniable part of everyone’s existence. I’m a big fan of kids’ stories that take on touchy subjects and tell an absorbing tale without condescending to readers or making sweeping, didactic statements. Louis Sachar’s classic kids’ novel Holes features a gang of delinquent youths but is mostly a story about poison lizards, buried treasure and karma. Gene Luen Yang’s American Born Chinese tells a big story about racism but does it with a colourful, kung-fu monkey king. 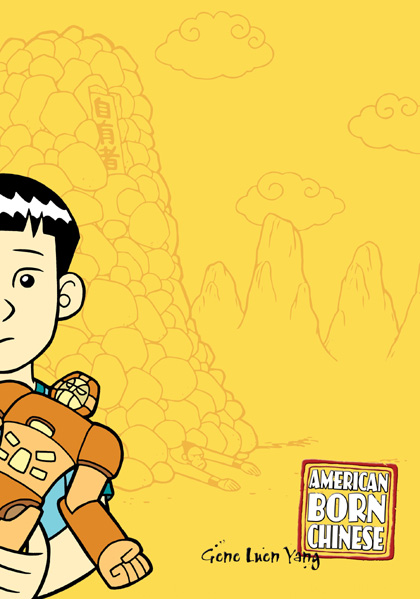 And Australian author Chris Miles last year published a wonderful novel, for tweens on the edge of adolescence, called Spurt, which deals with puberty and self-acceptance but tells a wickedly funny story about hot air balloons that look like balls and merkins made from pubic hairs. These books are so great because they make themselves accessible to young readers. They are the books that kids themselves pick up off the shelves.

So while Son of Death deals with the big, hairy issue of death, it is first and foremost a story about reapers giving people Death Touches, bodies going missing from morgues, portals to the afterlife appearing, scientific inventions that promise immortality and the emergence of a new race of people called zombividuals. Plus, there’s a lot of blood. There should always be lots of blood.

Interactions with death take many forms. But I truly believe that the more we talk about it, the better off we are. Writing an adventure story about blood, guts and the nature of mortality is my way of having that conversation with young readers.

The late, great Maurice Sendak once said, ‘I refuse to lie to children’. The opposite of that, of course, is to tell the truth. That’s what I hope I’ve done by writing Son of Death.