On Sneakiness: Reclaiming the art of being sneaky for good, not evil

Sneakiness is often associated with badness. For example, we all know that robbers sneak about in the night and mice sneak into kitchens to steal crumbs. We believe that to sneak is to perform an act of deceit or betrayal. But perhaps it is not the sneakiness that is evil here. A robber could still rob houses at night by being loud and obvious rather than sneaky. And mice could still enter a kitchen with fanfare and trumpets rather than with sneakiness. It’s just that sneakiness makes it easier for badness to go unnoticed.

There are plenty of good people who sometimes act sneakily. Ballerinas, for example. They sneak across the ballet stage on their tippy toes trying not to be heard. And yet ballerinas are good people, even if their clothes are often a few sizes too small for them. This in itself almost proves the point – sneakiness doesn’t cause badness, badness causes badness.

Now some people say that sneakiness is used to spy on people. And spying is bad. But spying, like sneaking, can be good. Just think of all the good spies there are – Maxwell Smart, Harriet the Spy, the Spy Kids and the Spy Kids in 3D, among many others. Even the Famous Five did their fair share of spying and those kids were made of pure good.

So if we are going to properly reclaim sneakiness from the kidnappers and politicians of the world, we must learn the art of sneaking inside out. And despite all this talk of creeping about in the dark, the best way to be sneaky is not to be sneaky at all. Because the best sneaking happens when nobody realises there’s sneaking afoot.

Firstly, do not walk around on your tippy toes with a hunched back. This is a dead giveaway that someone is being sneaky. Walk with your back straight like a lighthouse and your feet flat like the ocean. No one ever suspects right angles of being sneaky. Also, don’t smile while you’re sneaking. Smiling is for people who have something to hide. And for happy people. But mostly for those hiding something.

Secondly, don’t try to be sneaky by hiding. Only cartoon characters can get away with carrying a bush around and hiding behind it whenever anyone looks at them. 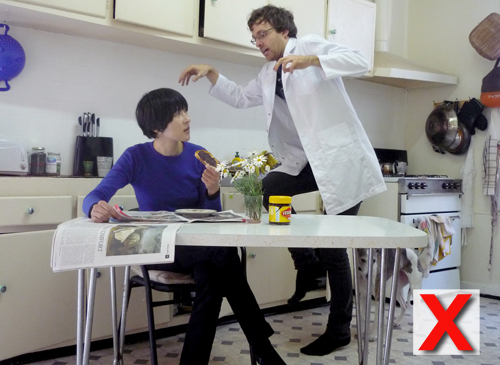 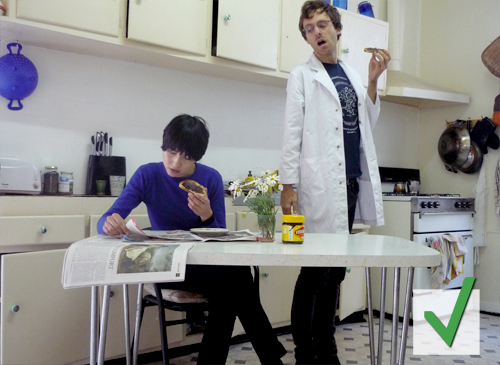 As you can see above, blending in with your surroundings is the best way to be sneaky. It’s the perfect way to hide the fact that there’s sneaking afoot. So if you’re at a skateboard ramp, strap on some kneepads. If you’re in a library, talk in a hushed voice when you’re on the phone. If you’re at the ballet, walk around on your tippy toes. Actually scrap that last one.

If we all concentrate on being sneaky in the appropriate ways and for the appropriate reasons, I’m confident we can take sneakiness back from the rodents and bogeymen of society and move about unnoticed (ie. sneak) in the name of good, not evil. Who knows, sneakiness may even save the world one day. Although the sneakiness involved in saving the world would probably be so excellent that we wouldn’t even realise there was sneaking afoot.