I have come across another interview with someone called Andrew McDonald who is not me. This time the namesake in question is Australian acoustic muso Andrew McDonald. That’s him below. 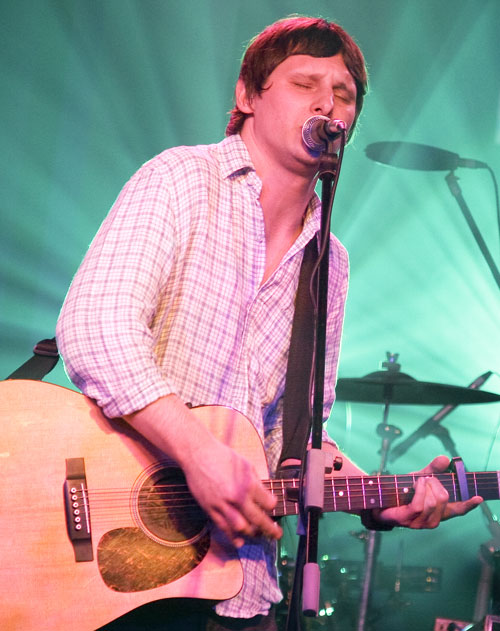 The interview appeared in the November issue of a Singaporean gaming magazine called Playworks last year. 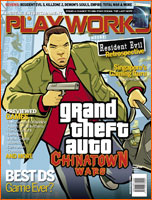 Much like the last time this happened I have been left feeling despondent and determined to reclaim my fair share of attention. So again I have removed the other Andrew’s responses to the questions from Playworks and answered them myself. Here is a shortened version of the interview as rewritten by me:

Andrew: That’s a confusing first-up question. I’m in Melbourne at the moment.

How do you find it so far?

I was born and bred and then sent to kinder right here in Melbourne so I guess I’m pretty conditioned to the place.

What were you shopping for?

That’s another stumper Playworks interviewer-person. When did we mention shopping? I think you’re thinking of Andrew McDonald the Shoemaker?

You’re a gamer. Cool, we’ll talk about games in a little bit. But first, let’s talk about your music, the beginnings, how it all started, etc. You were in a band before right?

Well, I’m not a gamer but you’re right, let’s argue about that later. Yes, I was once in a band. Me and my friend Tim created the band. We were called Pigs in Shit. We used the old ‘Power chords written on post-it-notes and picked randomly from an upside down pork pie hat’ method of songwriting. We were pretty good.

Is your old band still together?

No. Tim moved to Tasmania to chase girls and it was no longer kosher for me to jam in his parent’s house.

What are your musical influences?
I have a few but I don’t really listen to much new music. In fact I’m still listening to the first albums I ever got. The Lion King soundtrack and the first Alanis Morissette album take turns on my iPod.
What about when you sing? What kind of influences do you have for performing?

It depends. Some mornings I wake up with lots of mucus in my lungs and so I’ll sing low, bassy, Tom Waits stuff in the shower. Whereas some mornings my housemates will yell at me for singing in the shower so I’ll change to some quiet Bing Crosby crooning.

Is there a producer involved with the songwriting? Is there anyone who comes in and tries to change things?

I think you mean is there a producer involved with my writing? I don’t have a producer but I do have an editor. She’s pretty cool and tells me when I’m not allowed to do stuff like put my feet on the desk while I write. Or type with my eyes shut and call the story the Book of Fate. She’s a cool editor like that.

Are you into sports?

I like bowls but I’m not really into crochet.

At least you’re a gamer, since you’ve been shopping for a Playstation controller.

What? I’m not a gamer and anyway I don’t shop for Playstation stuff. I have a cousin who has an electronics business in Thailand and he does my shopping for me. I don’t even have to pay him for the games and controllers he gets me when he visits. Instead I just let him use my garage for storage every now and then.

Do you record your songs on a laptop or just hooking up to the computer on your own? Or do you prefer going into a studio to record?

You mean do I dictate my writing to myself? Well yes. I often wake up in the middle of the night with an idea. I immediately turn on my walkie talkie and say my idea to my editor who has the other walkie talkie. My editor lives far far away from me, but they’re good walkie talkies, and I expect she’ll hand me a transcript of the book I’ve written on walkie talkie someday.

Would you coming back to here?

You people are obviously not checking the email questions properly before you send them through. Again this question makes no sense. I’ll assume the missing word is ‘litter’. No. I would never litter if I came back to here. I mean, I live here. It would be ridiculous to litter in my own house.