August and September are always busy months in the writerly world of Melbourne. There are writers festivals, Book Week celebrations and much schmoozing to attend to. As well as occasional bouts of (shock, horror, etc) writing.

To recap, here’s exactly what’s been going on in my writerly world lately:

I reviewed two of the novels shortlisted in this year’s Young Adult category of the Victorian Premier’s Literary Awards – The Shiny Guys by Doug MacLeod and The Shadow Girl by John Larkin (winners announced on October 16).

I championed Gillian Rubenstein’s classic novel Space Demons as part of Kill Your Darlings‘s YA Challenge (in the end Tomorrow, When The War Began won – register your complaints here).

During Book Week in late August I did a few school visits, author talks and blogging workshops (here are a couple of snaps from such a workshop with the grades threes and fours of Fitzroy North Primary School). 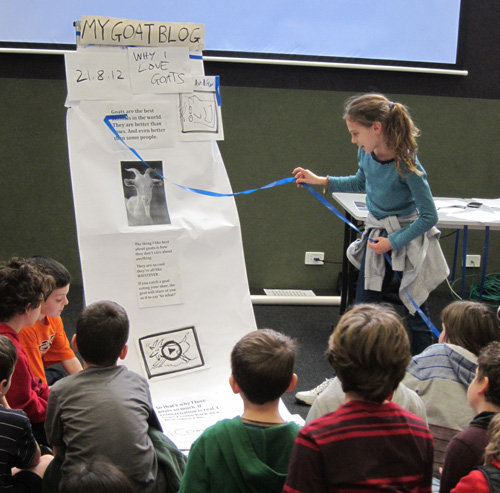 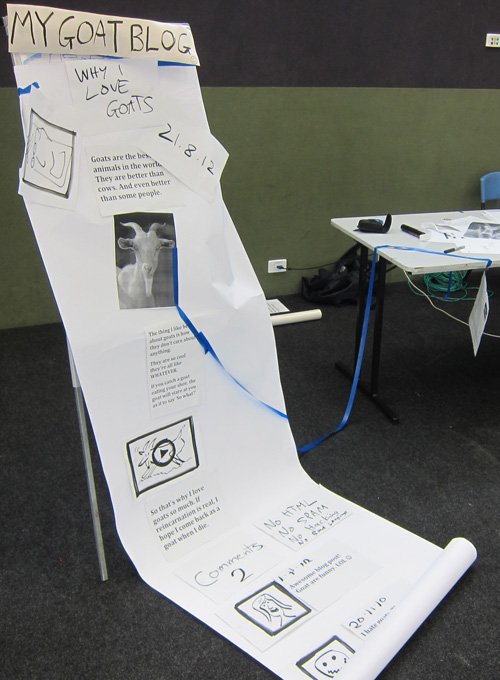 I also chaired a handful of school sessions at the Melbourne Writers Festival and was lucky enough to meet and chat to John Boyne (about his globetrotting, adventure novel The Terrible Thing That Happened To Barnaby Brocket), John Larkin and Heath McKenzie (about their new – and very funny – series Nerdy Ninjas) and Scot Gardner who had just won the CBCA older readers prize for his stellar YA novel The Dead I Know (which you must read if you haven’t already).

All this on top of recently finishing another draft of what I hope will become Book Number Two. I will, however, save all ‘huzzahs’ and ‘w00ts’ for when that final draft is done.

And since I have returned to one of my favourite blogging themes with the mock goat blog above, here is a video of a baby goat jumping around like a maniac. Enjoy!